Kanaky is a piece Justin composed between Montreal and New Caledonia. When Justin left Montreal to come to New Caledonia, the album was supposed to be finish, even tho it wasn't recorded yet.

After few days on the island, he understood quickly that the place was too inspiring not to make a few changes on the album...

Kanaky is the story of this travelling from cold to hot, from one part of the earth and the opposite, and of course everything that happened there... Justin will write something about it to tell you more.

Kanaky is the name for New Caledonia given by the native people.

One year later, in March 2016, before leaving New Caledonia to join Justin to Quebec, I did a road trip with friends around the island to celebrate my birthday and say goodbye to my land.

I woke up at 4 am and decided I'll be filming the all way. It normally takes a 4 hours drive to go to to the north of the island but it took me 6. I decided to stop everytime I saw a landscape worth filming.

Few days later, I was on my way to Montreal. I've been working on the video mostly on the plane and airports. I arrived in Montreal and we finished working on it together with Justin.

I'm a photographer and I thought it would be easy for me to film. It's actually a lot of work and knowledge to do something professional !

I love this video because it represents exactly my vision of this piece, and because it shows well my beloved island. 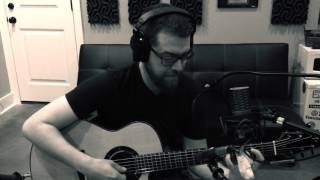